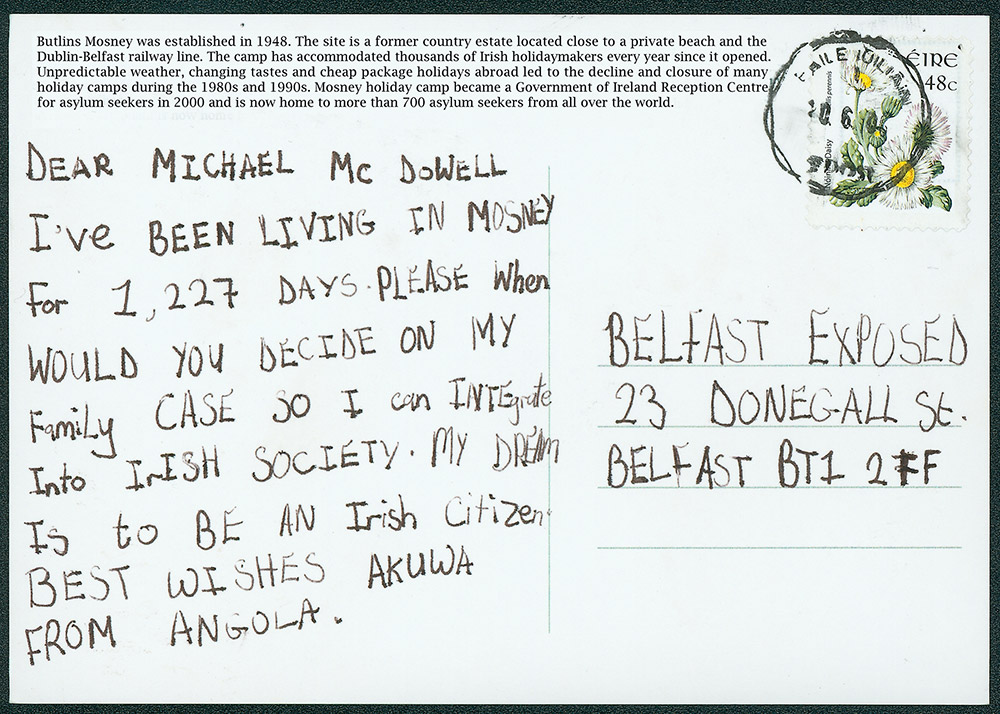 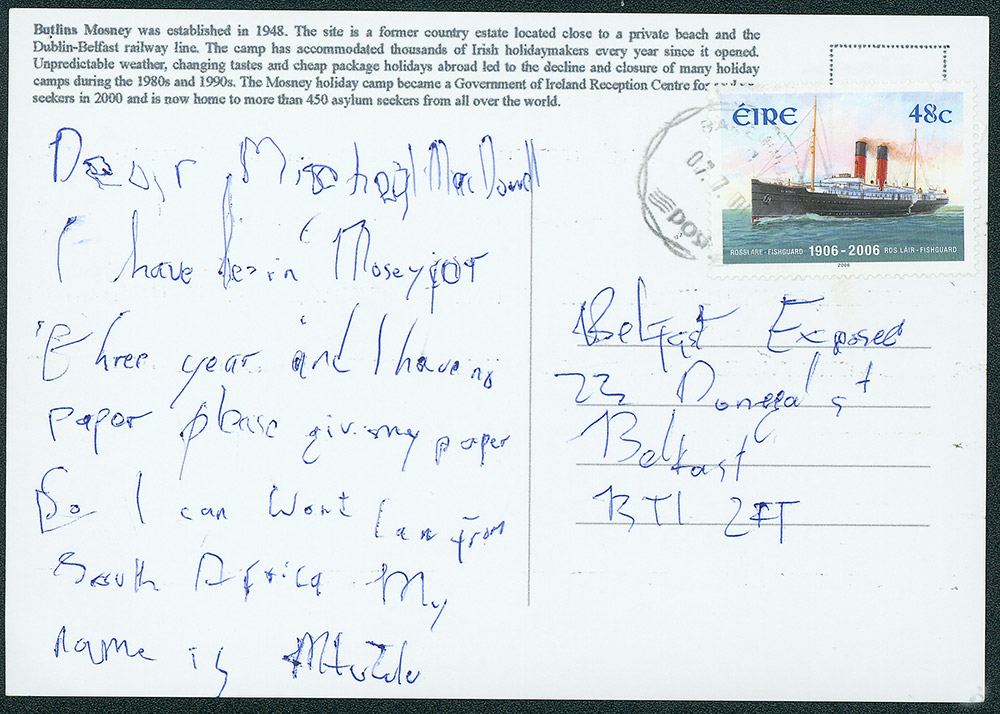 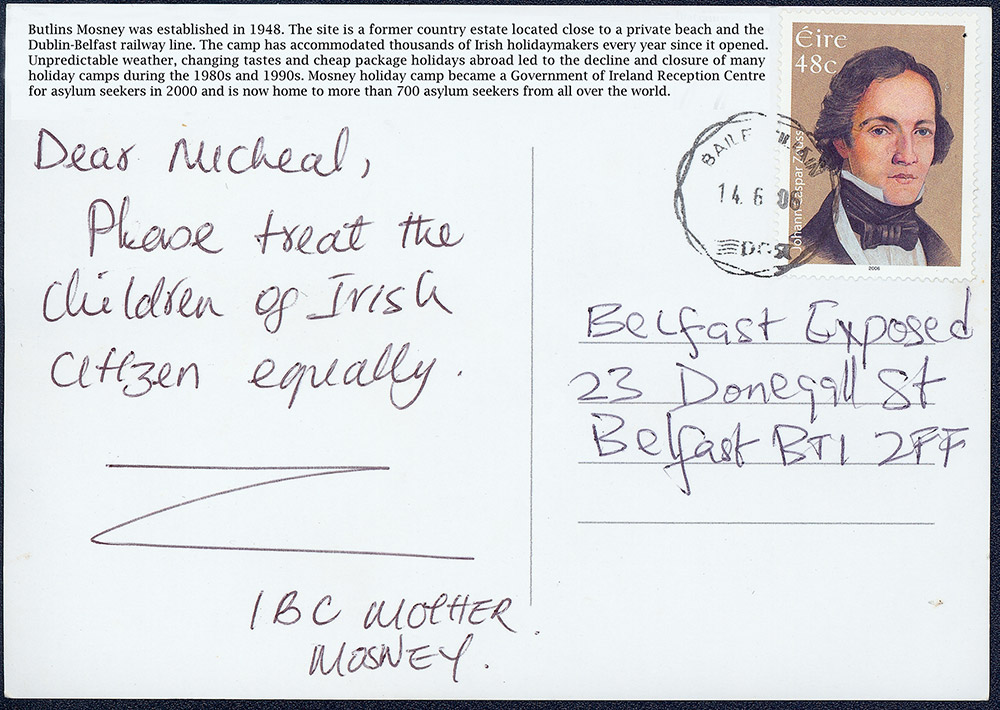 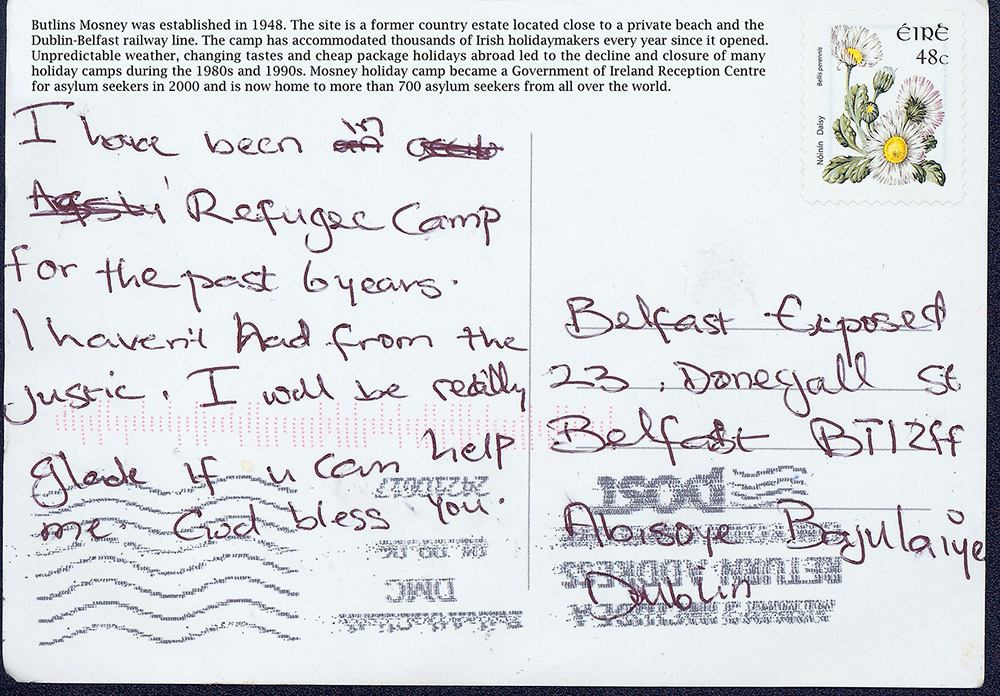 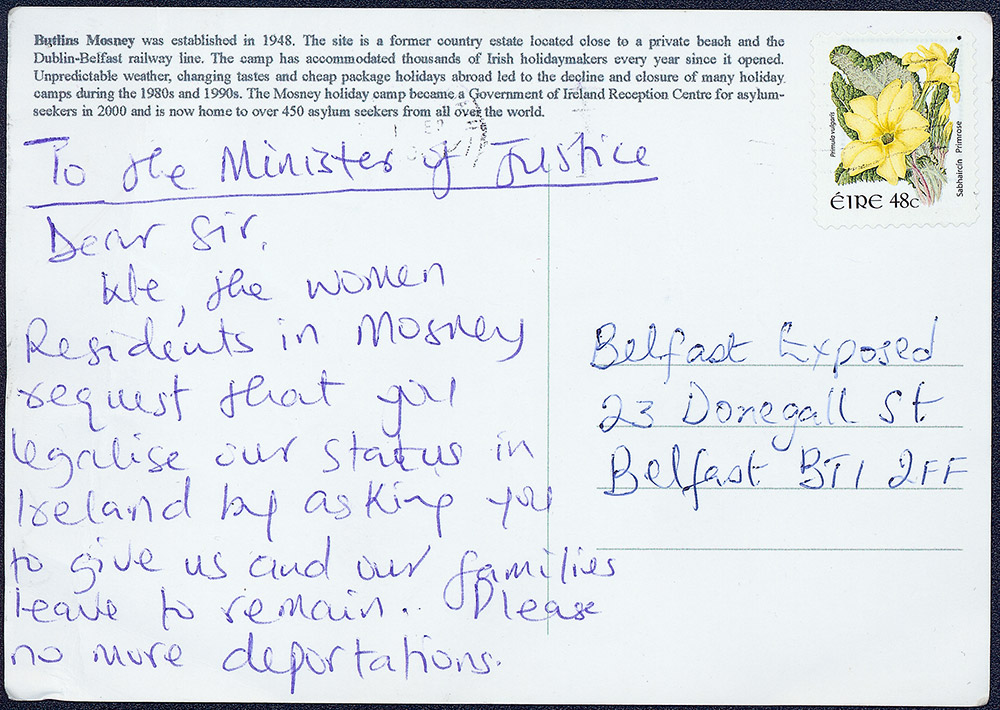 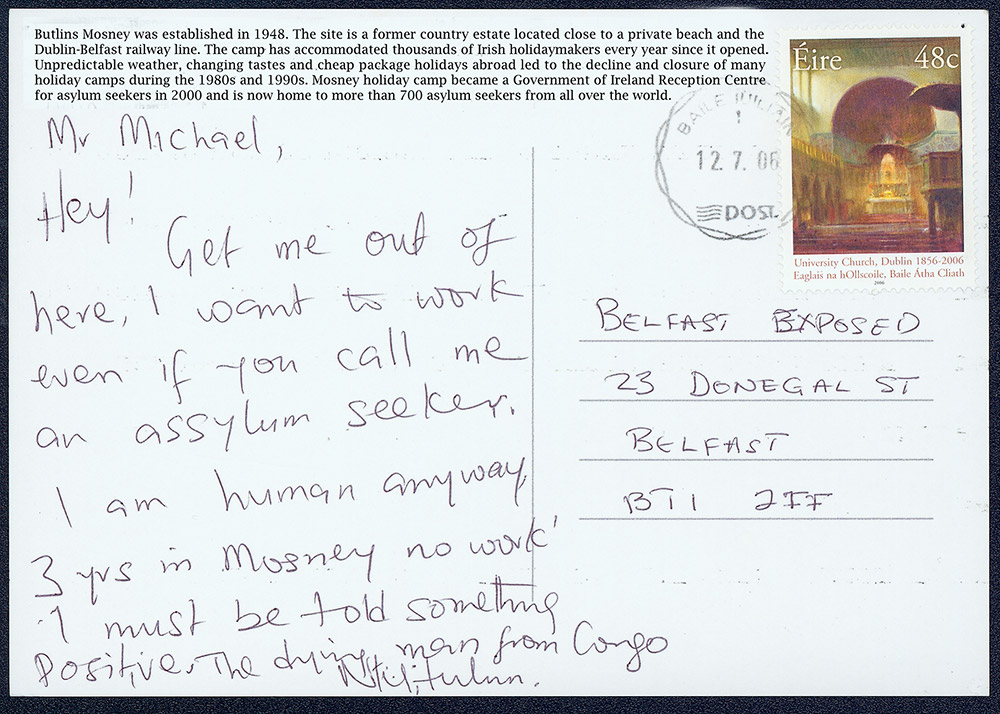 Postcards from Mosney was an intervention produced for the exhibition Migrations at Belfast Exposed Gallery during the summer of 2006. Mosney Reception Centre is a former Butlin’s Holiday Camp located 30 miles from Dublin. It was visited by thousands of Irish and UK holidaymakers every year until its eventual closure in 2000 when it became a holding centre for approximately 700 “asylum seekers” from more than 50 countries.

Butlin’s Holiday Camps are very familiar to UK and Irish citizens, immortalized in John Hinde’s deeply saturated colour postcards. Hinde was a British photographer, his carefully constructed postcards with blue skies and eternal sunshine were an ‘illusion’ of the perfect holiday even though the reality may have been very different:

The idea of these pictures – Butlins – was that anybody looking at them should have thought that this was a great place to have a holiday in.
— Emar Ludwig, photographer, John Hinde Studios

By using one of Hinde’s postcards for this intervention it acted as an aide memoire for a generation of former holidaymakers who identify with this camp and so an image was carefully selected from Hinde’s archive. It featured the boating lake in Butlin’s Mosney when this holiday camp was at the height of its popularity in the 1950s. The photograph depicts holidaymakers rowing boats aimlessly around an artificial lake, going nowhere, like the current residents themselves.

The appropriated Hinde postcard was distributed to Mosney’s ‘temporary’ residents who were invited to write a message to the Minister of Justice and Immigration as a way of voicing their concerns and frustration at not being heard, a protest from individuals denied the right to speak out. Many have lived in this holding centre for more than five-years. Migrants trapped within the asylum process with no recourse to public protest, or political voice, aspects of democracy that citizens take for granted. Each personal message was directed to the then Minister of Justice and Immigration, Michael McDowell, responsible for directing immigration policy in Ireland. The collection of postcards accumulated in the gallery space throughout the duration of the exhibition where visitors to the exhibition could engage indirectly with this ‘hidden’ community. At the end of the exhibition hundreds of postcards were sent to the Minister’s office in Dublin for a response.